^I believe they use the mouse in the Board to Death Haunt maze.  (Edit: sorry, I missed a page worth of posts apparently, see it's already been said) Here's the furnace from Phantom Theater, now 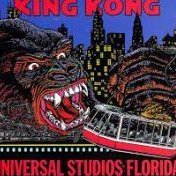 Kind of wondered back on here after a hiatus, but the mouse is in Board to Death. Not sure if it still is. Here is a picture of it (not my picture):  And a video (not my video) (see 16:36):

Not sure if this helps but I took this picture of both the cannon and mummy from Phantom two years ago in Cavern of Terror. From what I can recall it's in the beginning of the maze. It's not that diff