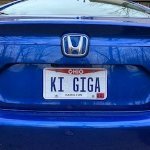 By Bansheeback,
February 23, 2015 in Other Amusement Parks & Industry News

Music is such a simple element that can make a world of difference.   Cedar Fair was bad about it. Real bad. Remember when The Crypt opened with techno music?   Eventually, it was replaced by jung