Creepy......just feel your way through. Let's speculate. Brick walls, spider webs, slimy surfaces, then flashes of images to stoke your senses....hairy tarantula spiders on the walls, then darkness.. 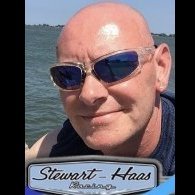 It looks to be a sensory deprivation experience, with absolutely zero lights in it, and very likely loud music/screams/distracting sounds playing while you attempt to navigate the 100% dark maze from

Fox19 interviewed Don Helbig (from within the building that will house Blackout) and he said it will be pitch black and the scareactors will be wearing night vision glasses.