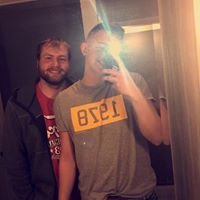 Every time I think of the ending helix I get goosebumps! That is of the best moments on any coaster ever!

Beast was never trying to attempt to have a large amount of air time. It's main features were the low running to the ground, the tunnels, and the double helix at the end. Saying you think Voyage is be

IMHO, The Beast is as smooth at is ever was (at least in my 30+ years of riding it).  The smoothest seats should be in the middle row of each car as they don't sit directly over a wheel.  Its not near