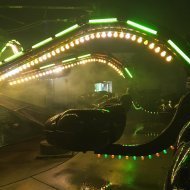 By mayaman2,
February 14, 2018 in Other Amusement Parks & Industry News