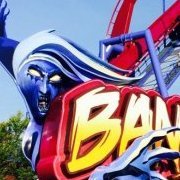 What a perfect location for a closed Coke Freestyle stand.  Edit: They don’t even need to put the actual machines in, just wall up the station put a big sign on it add it to the park map and leav

Maybe they'll just turn it into a Denny's.