I'm sorry, but I need to put this out there: OKTOBERFEST ABSOLUTELY NEEDS TO BE REDONE!!!!!!! Why, you might ask? Well, if you have been strolling through the area at all for about the last

This should be a major priority. There needs to be an increased amount of Gemütlichkeit throughout the entire area. With more mature trees and shade, this is totally doable. As mentioned, re-Germanize 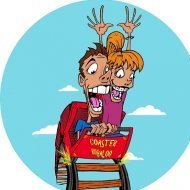 When I was a kid, this was my favorite area of the park besides Hanna Barbera Land.  I loved the theming and the the polka music.  I loved Der Spinning Keggers and The Flying Dutchman (shoes).  Sad wh