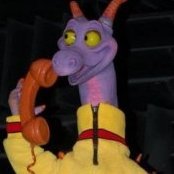 Gift horse? How is Kings Island giving a gift to us by having less operating hours than last year or (still) more than Cedar Point? Kings Island provides a park and we decide whether it's worth g