The pros and cons of a park offering a fast pass 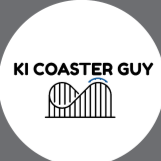 It makes a lot of money for the chain. They need to build coasters and stuff to draw crowds, but a lot of those “nice to have” upgrades like painted buildings, pavers, and renovations stem from the fa

Fast Lane and the like are only what I would consider to be negatively impactful to the average guest at a few parks around the country - Cedar Point and the Disney parks leading the way.  I would arg