Could KI be hinting at a possible Reversing of one side of Racer? 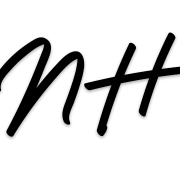