By MrSourNinja,
October 1, 2022 in Coming Attractions

I feel like its important to answer this question.  What does it take to make it on this list.  The park has a signed contract with these companies, discussions are not enough.  This document is inten

Hey Yall!   It's that time of the year again. The 2022 and 2023 additions and improvements notice has been filed with Warren County. Please see below for the first page of the document. 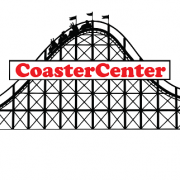 While all of us enthusiasts would love a hyper hybrid RMC or an inversion focused infinity coaster to challenge the smiler over another B&M, the reality is that another B&M could be the best c