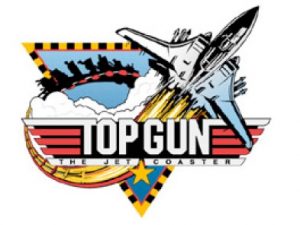 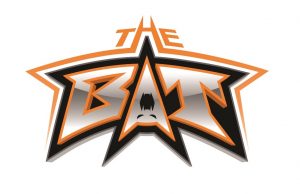 Designed and Manufactured by: Arrow Dynamics

Trains: 2 trains, seven cars per train, 4 people per car for a capacity of 28 people per train.

Miscellaneous: Footers for the ride vary in diameter from 30 inches to 5 feet.  Some of the deepest footers are fifty feet deep.  The station is themed to be an aircraft carrier.  John DeCuir designed the theming.  He was the production designer for the motion picture Top Gun.  Top Gun was renamed Flight Deck for the 2008 season.  With the addition of Banshee next door in 2014, the park repainted the ride with orange track, and renamed it The Bat, in honor of the first suspended coaster in the world, which operated at the park from 1981-1984.

KI Music from the early 80's

Dave_78 wrote: It was brought to my attention that Music hit parade URL was the same as the Land of Happiness.. ... 4 hours ago

IBEW_Sparky wrote: I cant count how many times Ive thought this exact thing in the past year, and also how many times... 5 hours ago

johnjniehaus wrote: I'm hoping to see Vortex plot in 2024or2025. I think there's potential to work with the terrain th... 8 hours ago

SonofBaconator wrote: Whatever the next coaster is for us, I hope that Winterfest was considered when the park/chain was... 8 hours ago

Vortex1987 wrote: I just bought one as a christmas present to myself!!    You all already know which one i... 9 hours ago