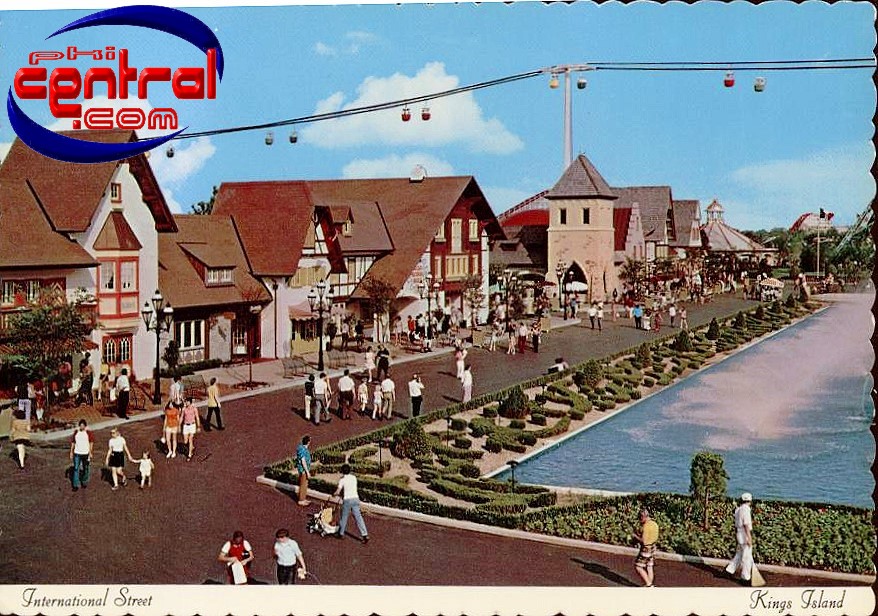 Kings Island has been a place full of laughs, thrills, chills and spills since it opened in 1972. The park traces its roots back to the shores of the Ohio River in the 1880s as Coney Island of Ohio opened in Anderson Township. You have came to the right place to discover the history of how Coney’s success would lead to its eventual closure and the development of Kings Island some twenty miles north from the banks of the Ohio River.

Kings Island’s story begins in 1969 when plans for the yet-unnamed Kings Island were announced on March 28 by media conglomerate Taft Broadcasting and amusement park Coney Island. Ground broke for Kings Island on June 15 1970. The park received its name, a combination of Kings Mills (its location) and Coney Island (its predecessor), through a naming contest.

KICenral has a very extensive collection of photos from the start of Kings Island through today.

Over the years we have put a list of Historical facts that you may or many not have know.

Since the opening of Kings Island until 2020 (park app only), the park has been handing out park maps and brochures for guests as they arrive to the park.

Kings Island has had a pleather of shows that have debuted at Kings Island over the years and continue today.

Kings Island and Christmas go together like a mitten over your hand. In 1982, Kings Island opened Winterfest and transformed you into a winter wonderland.

In October of 2000, Kings Island debuted Fear Fest. During Fear Fest, the park transformed at night to include several haunted houses, fog and roaming “monsters” throughout the park

Since opening Kings Island has had different owners and executives running the park.

The Brady Bunch filmed an episode of their hit show at Kings Island, in the summer of 1973 (Kings Island`s second season). The episode is #106 and is titled “The Cincinnati Kids.”

Known by many names over the years, Wild Animal Habitat Monorail Closed in 1993, but it is still around today and not to far from the park.