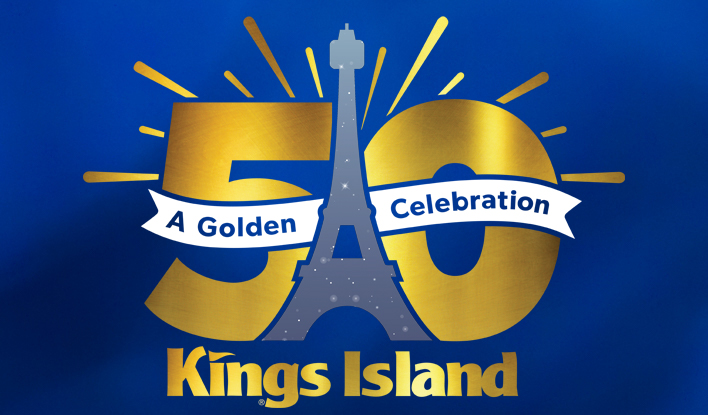 For the 50th anniversary, the park received a lot of TLC for some of its rides with a new coat of paint.

On April 29th, 2022 Kings Island celebrated its official 50th Anniversary. The first family to enter Kings Island on April 29, 1972 were Taryn Harrison, Tamara Hitson, and Heather Hitson (all sisters.) They performed the ribbon cutting again at a rededication. Followed by a ceremony with guest speakers and birthday cake. Kings Island had  extra entertainment on the International Bandstand, and a grand finale fireworks display. Alton Fitzgerald White a former Kings Island performer and critically acclaimed actor best known for playing King Mufasa in Disney’s The Lion King on Broadway sang the National Anthem.

Speakers at the ceremony:

Additional information about April 29th, 2022 can be found on the forums here: https://kicentral.com/forums/index.php?/topic/40501-kings-island-to-celebrate-official-birthday-on-april-29th-2022/

Additional discussions on the 50th anniversary updates can be found on the forums here: https://kicentral.com/forums/index.php?/topic/39084-50th-anniversary-updates/

April 29th, 2022 Birthday Ceremony with all of the guest speakers.

Throughout the season, Kings Island celebrated its golden anniversary with a special fireworks show: Fun, Fireworks and Fifty. The celebrating didn’t stop there. The season also included a 50 Years of Fun Street Party, a refreshed Tower Gardens with pavers of Kings Island’s history, incorporated memories from its 50 year history into its  shows, and we can’t forget the special food offerings by Chef Major!