Description: Cinema 180 was an IMAX-style film attraction that became increasingly popular at amusement parks in the 1980s. The theater could play a different film year-to-year, and the structure was an indoor location that could be temporarily reused for traveling exhibits.

History: Cinema 180 was one of several new attractions added to the newly-named Coney Mall in 1986, the others being Dodgem, Skylab, and Zephyr. The theater was located near the end of the Coney Mall section, nearby to Zodiac. Its first year, it played the film Flight 747, which had guests take on the persona of an airline pilot landing a Boeing 747 when chaos ensued.

Cinema 180 played a different film almost every year. Including its first year, the full line-up of films and brief descriptions are:

1987 – Block-buster – included clips from a helicopter ride around Seattle’s Space Needle, a motorcycle pursuit through Atlanta, Georgia, and a speeding bobsled at Lake Placid. It also included a ride through the Kamakazi curve on the Orient Express roller coaster at Worlds of Fun amusement park in Kansas City, Missouri

1988 – Fantastic Flights – point-of-view from U.S. Air Force Thunderbird stunt plane, a ride on a roller coaster, and other thrills.

1989 – Impact – rocketing through a galactic starfield and other adventures

1992 – Colossus – cliff diving, careening through narrow streets of a Mexican village, and flying in a jet fighter

1993 – Galaxy of Thrills – included Waikiki Beach and other locations

The venue was also used for touring exhibits. In 1993, it hosted the Star Trek Earth Tour through June 13. In 1995, it hosted Congo – The Making of the Movie from July 8 through July 23.

The attraction was not used for a film following the 1995 season. An upcharge laser tag attraction opened in the structure around 2000, and it was later used for storage until the structure’s removal during the 2008-2009 off-season. 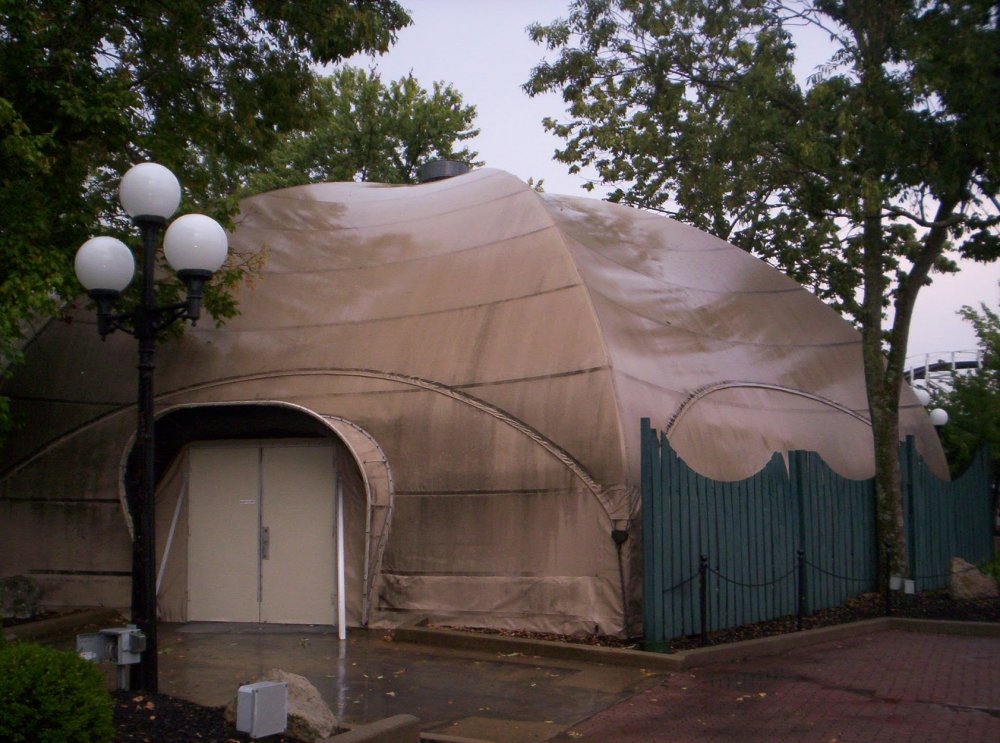 Hawaiian Coasters 325 wrote: 9 hours ago, kirbias1 said:   Any thoughts about the notice of commenceme... 4 hours ago