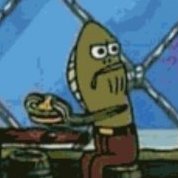 Perhaps you two could Face|Off.

That would require a very long rope. Terp, running for the Seventh Portal.

(Looks at poll) GASP! Well, all the rides have at least 1 vote for them now, except for one... Wow, who would have thought Racer of all rides would be the LEAST hated of all the Kings Island coast